Qualifications:
Trisha Fielding holds a Master of History degree from the University of New England and a Bachelor of Arts with Distinction, from the University of Southern Queensland, with majors in History and Journalism. Trisha has written more than 120 historical articles for the regional Queensland newspaper, the Townsville Bulletin, and her year-long series of talks on ABC Local Radio in 2013 formed the basis for her 2016 book Queen City of the North: a History of Townsville. In 2015 Trisha was a joint winner of the John Oxley Library Award, awarded for her ongoing contribution to sharing the history of North Queensland through her blog and other published works. Trisha has given guest lectures and talks at State Library of Queensland, City Libraries Townsville, Museum of Tropical Queensland, James Cook University, and various community history events; and presented workshops on blogging and historical research and writing for Queensland Writers Centre, State Library of Queensland and James Cook University.

2019
Published the book Neither Mischievous nor Meddlesome: the remarkable lives of North Queensland's independent midwives 1890-1940. Read a review here.

Researched and wrote a commemorative book for James Cook University, to celebrate the 50th anniversary of its establishment. Due for publication in 2020.

2018:
Researched and wrote a series of articles for James Cook University Library on the history of the Expedition to the Great Barrier Reef 1928-1929, which was published on the JCU Library News Blog. Trisha found that there were a number of fascinating aspects about the early expedition she really enjoyed exploring.


“It struck me that the expedition to the reef that Sir Maurice Yonge led in 1928 would have been such an incredible adventure for those people who were involved. The researchers from the UK were a highly talented group of young scientists, with varying specialties in the fields of zoology, biology, hydrography, botany and chemistry,” Trisha said.

“It was a great adventure just getting from England to Australia, and when they arrived here they were treated as VIPs. They were billeted with some of the most important families in Brisbane, and treated to a lavish welcome dinner held in their honour,” she said.

“One of the most unexpected things for me, was discovering how many women were involved in the expedition. But not, as you might perhaps expect, in a domestic capacity. Mattie Yonge, wife of C.M. Yonge, was the expedition’s medical officer, but she also assisted with practical field work. Several others - zoologists Sheina Marshall, Elizabeth Fraser and Sidnie Manton - were all highly accomplished in their field. Sidnie Manton had completed her university studies at Cambridge at the top of her class, but because women were not considered full members of the university, she was not awarded the University Prize.”

“So it must have been exciting for them to participate in such a groundbreaking scientific expedition, given that they sometimes missed out on opportunities because of their gender.”

“Those women who were not scientists themselves also contributed much more than might at first be assumed. This was particularly true of Anne Stephenson, who is credited as co-author with her husband T.A. Stephenson on two articles resulting from the research at Low Isles (and on another twelve articles with him on subsequent research in South Africa and North America).”

“Gweneth Russell, wife of the expedition’s deputy leader, Frederick Russell, was evidently a very useful person to have around, as she had been awarded an MBE for her work during the First World War, organising the labour supply for a munitions factory.”

Historian on the project From Swords to Ploughshares: Townsville men and women who served their community in war and peace
This project, developed by James Cook University, commemorates the contributions of Townsville’s service men and women to the creation of peace and a flourishing community in Townsville. ‘From Swords to Ploughshares’ seeks to explore the stories of those who returned from military service and resumed their civilian lives, and recognises the roles they have played in developing their town, region, and country; along with their contribution to a lasting peace. Project Team: Dr Claire Brennan, Trisha Fielding, Rachel Garlando, Dr Lyndon Megarrity.

Women of the North blog - I set up this new blog in March 2018 about the women who have shaped the history of North Queensland. It looks at the fascinating, resilient, remarkable women – the well-known and the unknown – who have called North Queensland home.


2017:
Researched and wrote the eBook: Postcards from "Somewhere in France", published by North Queensland History Press, 2018.

2016:
Published the book Queen City of the North: A History of Townsville, now available to purchase at Mary Who? Bookshop, QBD The Bookshop - Stockland Shopping Centre and Willows Shoppingtown, Museum of Tropical Queensland, Townsville Museum, Library Shop - State Library of Queensland, or direct from the author.

Researched and wrote a series of historical articles for James Cook University Library, as a component of their T150: Townsville's Past and Present project. These articles were published in the Townsville Bulletin throughout 2016. 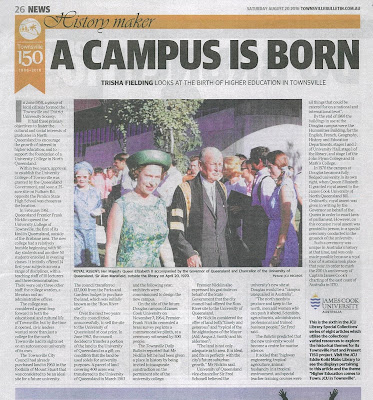 2014 to 2016:
I wrote over a hundred weekly history articles for the Townsville Bulletin for their Townsville Eye supplement, called "The Ville". 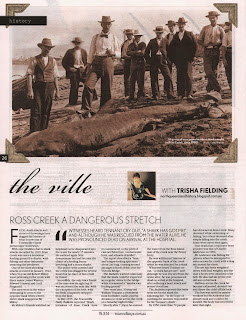 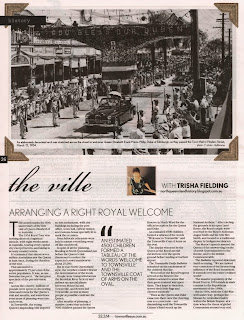 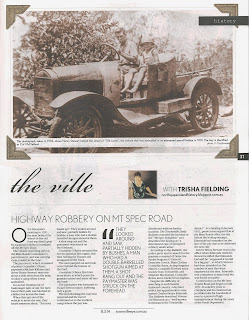 New comments are not allowed.

2019 marks the centenary of the outbreak of Influenza in North Queensland in 1919. It was the same illness that had been sweeping the globe ...